We can’t possibly be the only ones who have stayed up late at night, staring at our ceilings, plotting the next great idea this world is yet to see. Will it be the next best restaurant? The next high end fashion line? Or, hear us out… What about the next most used app? We’re talking on a global scale, people.

We know that’s where our revolutionary ideas lie, we just know it! So many successful applications were developed by young (geeky) students who were still living in their parent’s homes, barely anticipating the influence their applications will have. So if you had the opportunity, what kind of application would you develop?

The world is your oyster!

Would it be a financial application that would take the convenience of mobile money transfer to a global scale, making physical cash even less of a requirement? How about a music streaming app like Spotify that puts both the artist’s and the listener’s needs first, especially in the Kenyan/African market? Here are a few pointers to consider:

There’s no such thing as too many creatives

More and more young people are getting into coding and website development, giving us a lot of hope for the future. These bright minds coupled with fresh ideas are able to not only identify the gap in the market, but also how to bridge it. So if you think you’ve got a million-dollar app idea sitting right under you, do your research and get coding! The world needs more creative and fresh minds, especially in the world of the internet. 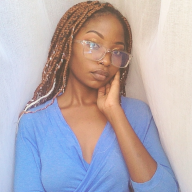